Your browser is not supported. Please update it.
Home page
Get Golfing
Call 01474 879190
Website by GolfWorking

From Albert Sinfield, General Manager: The club has now been open for a couple of months and I hope you have all had a chance to visit and enjoy being back out on the fairways.

I am pleased to announce the refurbishment work has started in the clubhouse bar, golf check-in and changing rooms. We anticipate the work to take approximately three weeks to complete for the bar, with the changing rooms completed soon after. I want to thank you all for your cooperation during this time of some limited disruption. The team are really looking forward to welcoming you back inside as soon as possible.

Following last month’s newsletter, the marshalling team have been working hard to implement the new pace-of-play tracking sheet and we have seen some fantastic improvements with golfers making their way around the course in sub-4.27-hour rounds. I hope this has been visible when you have been out playing and we plan on continue to use this process in the future.

Not happy with your golf clubs since returning after lockdown? Take advantage of our TaylorMade custom fit day on Tuesday, June 8th, from 12pm-6pm and book one of the last slots available. Due to Covid restrictions, we are limited on the number of golfers we can fit during the day, so please contact [email protected] to book your slot today. 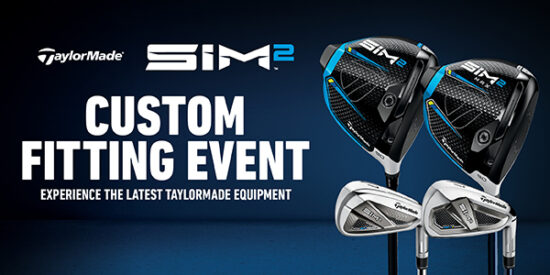 Golf booking and check-in: Over the past month, we have seen an increased number of Members booking times and not showing up for play. Can we please ask for all golfers that have times booked, but cannot play, to cancel these in advance? This will allow unused times to become available for other Members to play.

Alongside this I would like to take this opportunity to ask all golfers to check-in for your time. The golf check-in desk has been tasked to ensure the tee sheet is accurate on a daily basis, ensuring all golfers playing are checked in for their times. This is vital for us as a club to have the correct people listed to play in case of an emergency at the club. We are happy to see one representative of the group registering the four ball for play. Thank you in advance for your cooperation in making this process the norm whenever you arrive to play the course.

From Damon Kirk, Course Manager: After a cold and dry April, the expectation for conditions to improve in May were hopeful. Although the much-anticipated rainfall finally appeared, the temperatures have been far from ideal, fluctuating and remaining cool overnight. This has kept growth rates to a minimum and allowed the Golf Course Maintenance Department to keep the playing surfaces under control.

Now that the weather has started to warm up, plant growth is increasing, and the emphasis now is on maintaining all surfaces to the expected standard. The greens are beginning to respond, and the most recent mechanical work (slitting, Verti-cutting and top-dressing) is bearing good results. Slitting is another form of aeration, which is so important to the plant’s development.

Aeration is required within the rootzone to allow air, water and nutrients to the root system. It also allows the application of sand to the surface to work its way into the profile with more proficiency.

Top-dressing, applying sand to playing surfaces, is essential to maintain the areas. The purpose of top-dressing is to aid in the reduction of thatch layers. This will help with drainage, increase soil quality and improve the smoothness and trueness of the surface.

With the rise in temperature and increased growth comes the issue of unwanted plant growth, i.e. weeds! We have organised the application of a selective herbicide to cover most of the course, hopefully eradicating the annoying and unsightly plants that reduces the aesthetic of what we are trying to achieve. This application is booked to take place over June 7th–8th.

From Lynn Craven, Lady Captain 2021: The Ladies had the Coronation Foursomes club qualifier on April 28th, which saw Gill Crabb and Tracey White come in with a great score of 42 points. They have now been put forward for the regional final on July 22nd at Wilderness.

Saturday, May 1st was the ladies first Apaljacs meet-up away at Kings Hill. It was a great day, with Lynn Craven, Jane Fautley, Sue Pearce and Tracey White attending and coming in with good Stableford scores that go towards a final count.

Wednesday, May 19th was The Lady Captain’s Drive-In Competition, 36 ladies played in this and 38 had lovely afternoon tea afterwards. It was a fun day and great atmosphere, good to have a bit of normality back with a lot of the ladies attending.

Sunday, July 11th is the start of Captains’ Week, and we will kick off with a Captains’ Stableford, followed by a Men’s v Vets v Ladies Game on Wednesday, July 14th and then finishing the week with the main event — The Captains’ Charity Day — on Saturday, July 17th. We would love to see you all there supporting our charities and getting together for a great fun day, so please put dates in your diaries and further details will follow. 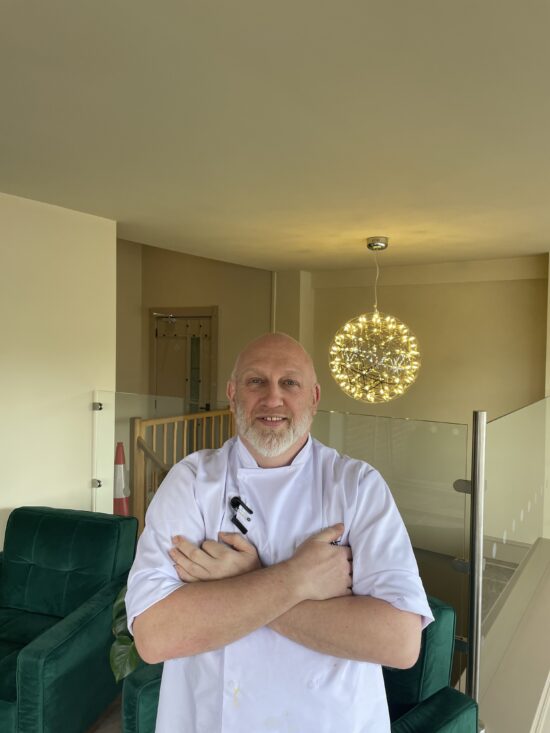 Join us in welcoming our new head chef to the club, Richard Tutt. Richard has more than 30 years’ experience — starting his career as an apprentice at The Ritz. Richard has worked a little closer to home recently, with positions such as head chef at Upchurch Golf Club, Gillingham FC and The Swan at West Malling. Richard is looking forward to the golf season ahead and no doubt will be in and around the club house for you to say hello.

Some great golf played by Members throughout the club during May. We look forward to seeing more played in June. Join me in congratulating the below winners of the May competitions:

Don’t forget to visit Intelligent Golf to see all the up-and-coming competitions in the diary.

The annual Presentation evening for 2020 will be held on Saturday, July 3rd. This is normally a well-supported event, and we want this year to be no different. Please see below a breakdown of the event to give you an idea what to expect:

Tickets are available for £50 per person. We welcome all members to the evening, and it would be fantastic to see some new faces from around the club. If you wish to attend, please contact Albert on [email protected]

Charity Get Golfing CIO is excited to announce that it has agreed a 25-year lease with property company, U+I plc to take over the running of Arkley Golf Club, near Barnet in Hertfordshire.

Arkley joins Get Golfing’s stable of clubs including nearby Mill Green, which sits between Hatfield and Welwyn Garden City in Hertfordshire, Warley Park in Essex, Surrey clubs Hampton Court Palace and Pyrford Lakes, Redlibbets in Kent, The Bristol in the West Country and Sherfield Oaks in Hampshire.

Situated in close proximity to the M1, M25 and A1 on the outskirts of Barnet, Arkley Golf Club is a beautiful par-69 course laid out by celebrated golfer and course architect James Braid and further improved by the legendary course designer Harry Colt. The tree-lined, 9-hole course has 18 distinct tee boxes and provides an enjoyable challenge for golfers of every level.

Get Golfing CEO Edward Richardson says, “Arkley is a special golf club with an important place in the development of golf in Britain, so we are delighted to be involved in returning the club and course to its former glory. We would encourage anyone who loves golf to try Arkley, it is a historic course and a very welcoming venue to relax after a game of golf.

“We are also immensely proud that the current operator, U+I Golf Limited, has chosen us to continue their good work. Director John Weir is a hugely respected figure in the golf industry and to get his endorsement means a lot to all the team at Get Golfing.”

The change in management also means that Arkley members will now be able to access other clubs in the Get Golfing group at great rates and will benefit from a range of market-leading discounts on drinks, food and golf equipment. They will also be able to enter some of Get Golfing’s fantastic competitions, such as Get Golfing’s Society Masters and its Order of Merit series for members, called The Race to Le Touquet, which in addition to offering the opportunity to win golf trips, comes with a fantastic array of prizes.

Club Captain Kaz Donald told Arkley members in the club’s April newsletter that the handover was “a real positive” for the club: “President David and I have met Edward Richardson and we were very impressed. His passion for golf, and the future, is palpable… I do believe that the future is bright!” 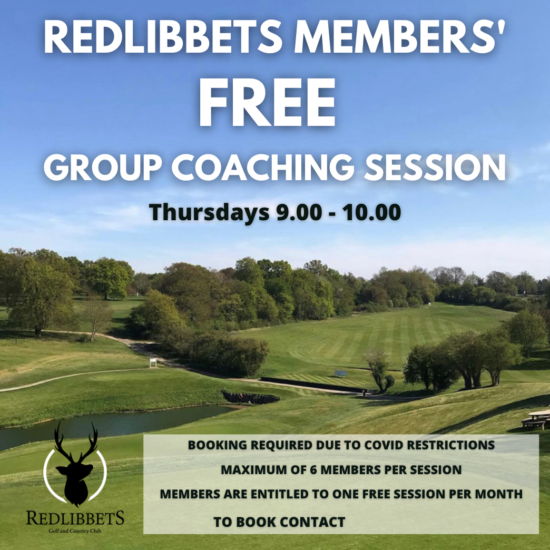 It brings me great pleasure to announce Demo Days will be coming to Get Golfing sites throughout the summer. With Premium brands including TaylorMade, Callaway, Cobra, Srixon, Wilson; get fitted for the latest and greatest!

Redlibbets have confirmed demo days for the following companies which can be found here:

New Brands in the Proshop 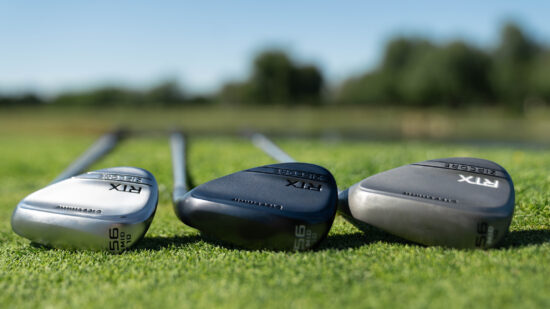 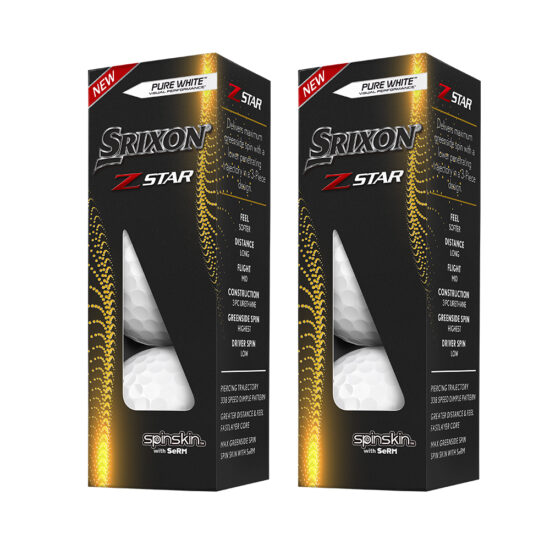 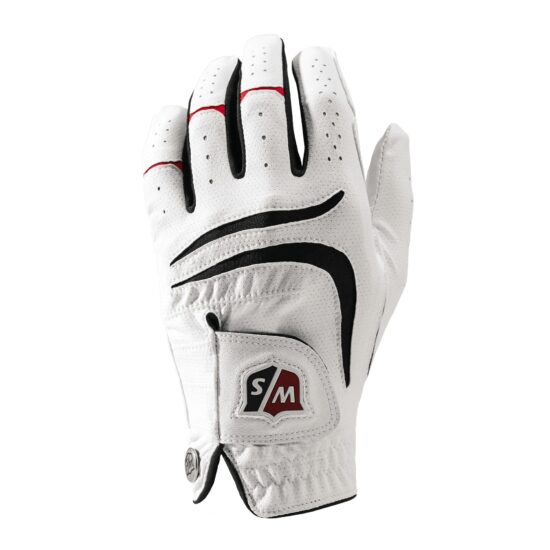 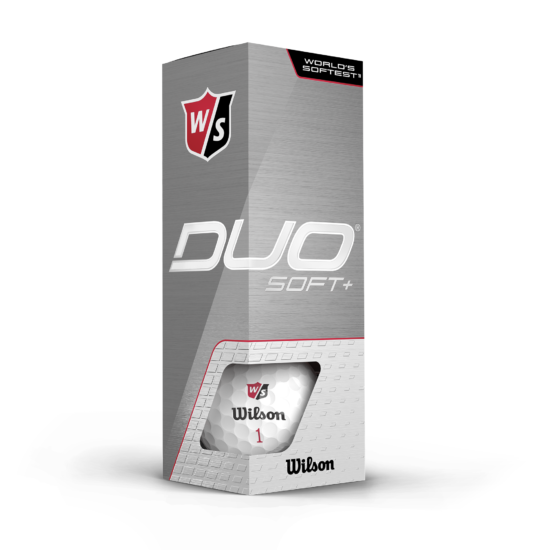 Would you like to receive news of our latest offers and promotions?

Your email address is exclusively for us to send occasional promotions and will not be shared or sold. Privacy Policy